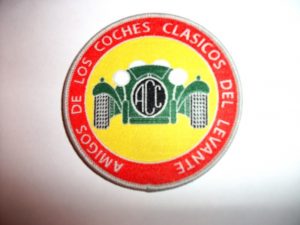 A-C-C Car badge You can buy this

One of our members has seen the light.  He has got himself a classic car and has decided to sell his two motorbikes.

He has a 2012 Triumph Boniville and a 1973 Honda CB 175 for sale.  Full details can be found on our For Sale & Wanted page under Miscellaneous.

This entry was posted in Blogs, Uncategorized.

We’d heard about the ‘Asociacion de Vehiculos Clasicos Mazarron’  car show in Cartagena from Andy Coomb in the ‘Sports and Classic car group Mazarron’. Andy had invited me and Julie to join them if we we’re free.
It was an early start, up at 07:00am to give the 3000GT another quick wipe over. Thankfully we woke to blue skies and the strong winds from the night before had abated. We set off at 08:45am to meeting up with several of their members in Campasol at 09:30am as agreed.  We were the first to arrive, I must have been a bit heavy with my right foot, but with the clear early Sunday morning roads, it was a pleasure to allow the 3000GT to stretch her legs a bit.
Over the next 15 Mins the others all started to arrive, our car was given the ‘once-over’ by the members and some light hearted banter showed she met with their approval. Then, very kindly they suggested we all took the country road to Cartagena so we didn’t have to drive all the way back to the motorway again.
So in convoy off we all went and arrived at the port around 10:20am, when to our surprise the organisers invited us to add our cars to their show! The marshals showed each of us where they would like our cars parked.
There must have been 150+ show cars there and the place was packed with visitors who has come to see the wide variety of cars on display. We were asked to register are cars on the forms provided, we we’re then given tickets for free food and drink as a thank you for coming with our cars, along with free club pens and the traditions bag of tomatoes.
The show started to wind down around 13:00 and each of us left when we were ready, we left around 13:30 and headed back to Campasol, where the rest of the members were waiting in a bar for us. After food and drinks, we headed home around 16:00. A wonderful day out with our new car and was made very welcome by both clubs.

We were very fortunate with the weather this time, for on the day it was sunny with clear blue skies, albeit rather cold.

Everyone met for coffee and ‘whatever’ at the lovely old café/restaurant Venta del Compadre, on the N340 road between Sorbas and Tabernas. This is a traditional stop for traveller and certainly worth another visit, especially if you would like to visit the nearby ‘Oliverias’ for tasting and buying olive oil. It was a little disappointing that although there was a good attendance there were fewer classic cars joining the trip, but nevertheless at least fourteen cars attended.

From here, our organizer for this trip, our friend Alan Sykes, martialed the troops and we set off along the N340 in the direction of Velefique/ Alan and his friend Mo kindly accompanied us on their motorbikes, making sure no one made any wrong turning. We then started to climb the mountain pass, up countless hairpin bends at the same time enjoying spectacular views as we ascended up to 1,820 metres.

At the top of the pass there is a mirador, but Alan had advised us to stop before then, at an area sufficient for everyone to be able to park and get out to enjoy the magnificent panoramic views. There was even some snow still around left at the side of the road indicating just how inclement the weather had been the week before, proving how fortunate we were on the day?!

The descent was still very serpentine but since we were all by this time, looking forward to our lunch, it appeared to be easier? We arrived at the little town of Bacares, surprising the locals with this sudden arrival of so many unknown cars. This is a pretty rustic village, nestled on the hillside. It is traditionally linked with mining.

The Hotel Las Fuentes is almost alpine in design, in that it has a wealth of beams and lots of evidence that it is frequented by huntsmen since there were heads of indigenous wild animals displayed on the wood panelled walls. The staff had prepared large round tables for us and provided a hearty traditional Spanish meal of salad, cocido, grilled pork and lamb cutlets etc. at a very reasonable 15 euros per head, including copious amounts of wine, some obviously local since it was served in ‘jarras’.

After lunch we continued our descent and made our way to Olula del Rio where we enjoyed a post lunch coffee at the spacious and modern La Tejera Hotel.

We would like to thank Alan Sykes for all the effort he put in arranging this trip, especially since it was at the last minute so to speak, hence in a very short space of time.

​On a personal note, after looking at the offerings, I didn’t feel the need to bother Ebay!

It’s a well known fact that the Lada Niva is the most capable and reliable four wheel drive vehicle in the world. What’s more, I have proof.

Have a look at this, but skip the silly advert, which comes first:
https://www.youtube.com/watch?v=ZZws_ckFGno
​Ok, so what’s your favourite?​

As many will know, the world which exists over 3000 r.p.m is rarely visited by me! However, it’s always good to see Jaguars in full flight and the spectacle of pre 1996 ‘Cats’ at Castle Combe, last month, would have been worth seeing indeed!

Thanks to JEC for the link.

Most  of us would love to have a Jowett Javelin in our garage. Last month one such was auctioned at Baron’s with a history to go with it. It was purchased by Brian May of Queen, for his father in 1982 .  After his Dad passed away, the car has sat in dry storage to date. Proceeds from the sale will go to the badger charity Save Me Trust.

The Daimler Conquest of 1953 was so named because it was priced at £1066, the date of the Norman Invasion of England, while the 1954 Daimler Century was so called because of its 100bhp engine.

The first permanently enforced one-way street was applied to Mare Street, Hackney, London in 1924. There were no recognised one-way road signs at the time and so a banner was suspended across the road declaring “One Way Traffic – No Road This Way”

A torque wrench is an important part of any tool kit. Treat it with care and use it often. Manufactures don’t list torque figures for nothing! 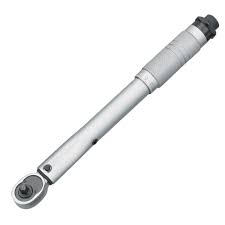 When you’ve finished, always ‘unwind’ the wrench returning it to zero. It will stay more accurate for longer, if you do!

When doing your under bonnet checks, cast a glance at the air vent in the master cylinder cap(s). The vent hole allows air in to replace falling fluid levels. If this becomes blocked a ‘spongy’ pedal will result.

Some caps incorporate a rubber bladder, which limits air contact with the fluid, as the mineral based fluid absorbs water from the air (hydroscopic).